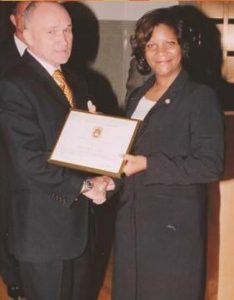 Assemblymember Didi Barrett will be hosting a celebration of the life of former NYPD officer and Hudson resident Megan Carr-Wilks on Friday, March 23 at 4pm in the library’s Community Room. The event coincides with the release of the fifth volume of Assemblymember Barrett’s “Women’s History in the Hudson Valley: Ten Stories from Columbia and Dutchess Counties” booklet in celebration of Women’s History Month. Megan Carr-Wilks is one of ten remarkable Hudson Valley women honored in this year’s booklet. The event is open to the public.

Megan’s family and friends will share stories about her life and contributions to our community. Megan was an officer with the NYPD during the September 11, 2001 attacks on the World Trade Center, and later moved to Hudson where she worked as a School Resource Officer with the Hudson City School District. She passed away in 2017 from cancer related to her service as a first-responder during 9/11. END_OF_DOCUMENT_TOKEN_TO_BE_REPLACED 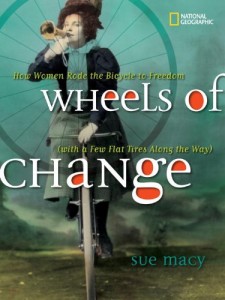 Wheels of Change: How Women Rode the Bicycle to Freedom (With a Few Flat Tires Along the Way) / Sue Macy

See how the bicycle helped women escape the confines of daily life by providing them with greater mobility, better exercise, and eventually, social reform.

Temple Grandin: How the Girl Who Loved Cows Embraced Autism and Changed the World / Sy Montgomery

Learn how Dr. Temple Grandin, who was diagnosed with autism as a teenager, revolutionized the livestock industry and became an autism advocate.

From Pocahontas to Power Suits: Everything You Need to Know About Women’s History in America / Kay Mills

Learn about famous figures in American history, from Susan B. Anthony to Jane Addams to Eleanor Roosevelt, and how they helped change the United States to become what it is today.

This book focuses on the history and evolution of women’s basketball, as well as its close links with the expansion of women’s economic and political rights.

From Parlor to Prison: Five American Suffragists Talk About Their Lives / edited with introduction by Sherna Gluck, foreword by Kathryn Kish Sklar

Hear in their own words what it was like to be a suffragist during the Women’s Rights Movement.

In this new release, Sonia Sotomayor, the first Hispanic and third woman appointed to the United States Supreme Court, recounts her life from her life in a Bronx housing project to the federal bench.

W.A.R. !Women Art Revolution / Lynn Hershman Leeson (DVD)  Explore the history of feminist artwork from its roots in the 1960s to the present.

Want more sources for books on women’s history or feminist literature? Check out these links: